I am a fan of fantasy. Not so much elves and dwarves but more like vampires and witches. So of course when Deborah Harkness’ series of books came out I devoured them. The story is centered on a witch who has no powers and no interest in obtaining them and a vampire who falls in love with her. There is much action and suspense in the novels, but really and truly it is a love story.

The television series stays true to the books and for once I can say it may be better than the novel. Which is novel! I really love this series and hope it continues past what has been written in the novels. Now I know what a Game of Thrones fan feels like.

When you read Detective Comics your first thought of who the biggest bad ass is Batman…of course.  But there may be another, besides Robin, who may be big badder ass. Alfred.  Pennyworth.  This is an origin story of the man and the legend who raised Bruce Wayne.  I love this show.  It takes you on a journey that you would never had guessed but then when you see it, your instant response is…of course.  This Epix show,  (Yeah Epix..I didn’t know that channel either) is in its second season and I don’t know how I missed it when it first came out, but I’m glad I found it!

The birth of Hip-Hop in the disco era?  Sure this will be interesting to some but not to the masses…right? Maybe to those from the Bronx that experieced it..but that’s it..right? Wait…what?  Baz Luhrmann is attached to the project….take all the money you need to produce this soon to be work of art.  It truly is that… a work of art. Luhrmann (Moulin Rouge) takes his brilliant story telling with integration of music right at the right time and takes this historical drama into more than a retrospective of the birth of Hip-Hop and turns it into an Everyman tale about coming out of the ashes like a Phoenix.

The story centers around Ezekiel (Justice Smith) who is a talented poet and is seeking a way to showcase his talent to verbalize his words. He meets Shaolin (Shameik Moore) a Padawan DJ, and together with the Get Down crew become legends.

I am usually leery of music shows claiming that the stars have talent and the music is awesome when at best it is usually mediocre lowering audience talent expectations across the world; but The Get Down has the talent with the rhymes, the beat, and the sound…it’s all good.

Netflix is doing something new and releasing 1/2 a season now and the other half in early 2017.  I love that the first half felt like a whole story, a 7 hour movie for those who binge watch..I cannot wait for part 2. 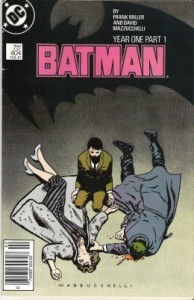 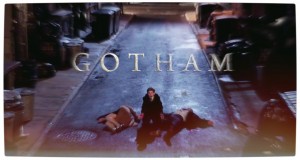 Comedian Louie C.K. is my hero.  He has taken the entertainment business, that says you need to follow these rules and has said that ‘s nice but I want to do it this way…and he is getting away with it.  Why?  His work is art.  He takes his sitcom out of the normal paradigm and doesn’t settle for trite.  The first episode has a great scene with Charles Grodin that makes the audience wait along with Louie for him to finish his lunch before he can be engaged in conversation.  (It was great to see Grodin again.) The second episode features Jerry Seinfeld and Yvonne Stahovski (who also premieres the sam night in Fox’s 24) and just to land a joke about how the rich keep getting richer off the poor.  This episode really is what Louie is all about.  He puts his own work out there without the rich middle men taking their 99% of the show.  I wonder how much longer it will be before Louie is one of them?

Jack Bauer is back and he’s wanted.  He rescues Cloe from the US Government in London while the the President is there as well meeting with the Prime Minister about the use of drones.  A drone pilot is accused of killing 2 American troops and 2 British troops, Jack knows who is the real culprit and will do whatever it takes to bring them to justice and save the President, who is also the father of the woman he loves.  This is why I love this show.  Years of action put into 24 hours, well 12 in this season’s case.  My wife calls this the ulcer show, because it never lets you stop worrying about Jack.  I call it exciting and fun.